The Gretna First World War Commemoration Project has put out a call for writers or budding writers who would like to contribute to a commemoration project: First World War: then and now, HM Gretna Munitions Factory, re-lived 100 years on … The project has three strands – A theatre/filmed production involving young people, community research groups and a series of lectures For the theatre/filmed production a wealth of little stories and research has been gathered that will be the source material for the drama piece. The area played an important role in the First World War.

Thousands of workers from Scotland and Northern England worked at the munitions factory – HM Factory Gretna . Described as “the biggest factory in the world”, it was 9 miles long, 2 miles wide, and stretched from Eastriggs in the west, past Gretna and across the Scottish/English border to Longtown in the east. Munitions production started in April 1916. By 1917 the factory was employing 11,576 women and 5,966 men. Around 7000 of the women were under the age of 18. 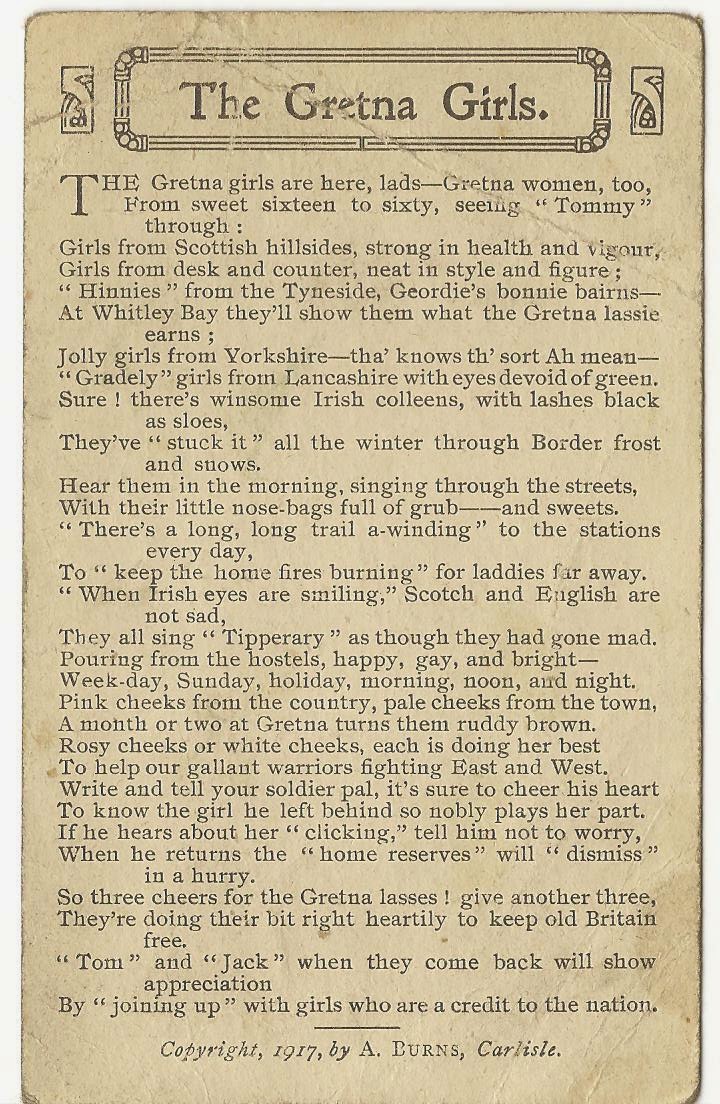 Supported by The Heritage Lottery Fund & The Holywood Trust Centre Stage Theatre is part of The First World War Centenary Partnership a network of cultural and educational organisations led by the Imperial War Museum.

Source:  The Commonty via @Playwriting_UK

This site uses Akismet to reduce spam. Learn how your comment data is processed.